Unfortunately I can’t attend tonight at the traditional Frisian fire st the coast. But I love to go there.

»Tjen di Biiki ön« is an northfrisian dialect which was originally widely spoken along the coast and the islands of north Germany. It’s a calling to throw the torches onto a big pile of wood and hay and light the fire (Biike) on the 21first of February.

This is a very old tradition and goes back to the Germanic mythology and was meant to be an oblation to the God Wotan. Even though through the centuries after Christianization the people held on to those fires.

In the 17th and 18th century the people on the northfrisian island were very poor and the new trade of whaling lured a lot of man from the islands. So every February they gathered around this big fire before they took of of the the ships and went to the Artic Sea at Spitzbergen.

Today it strengthens the northfrisian companionship. 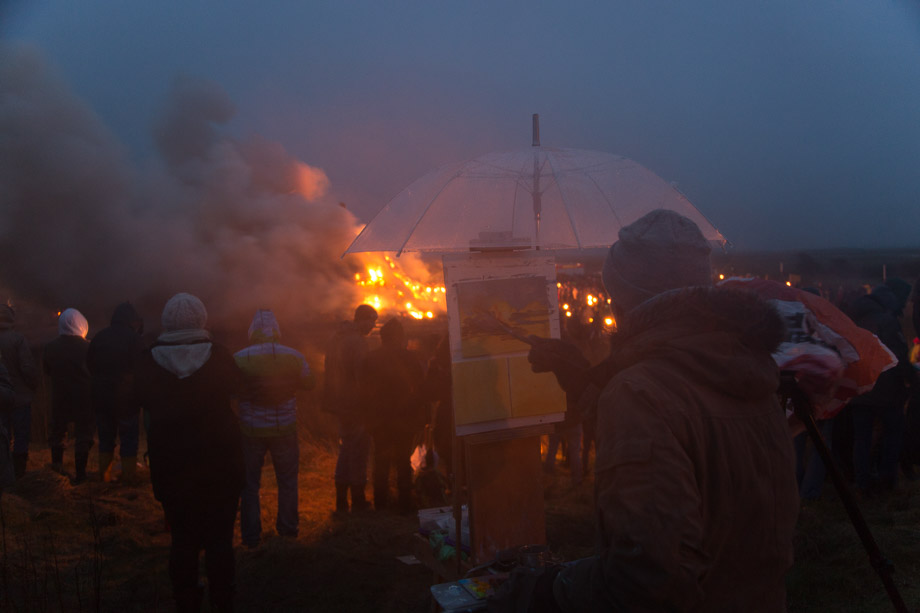 The pastel was painted afterwards in my studio.