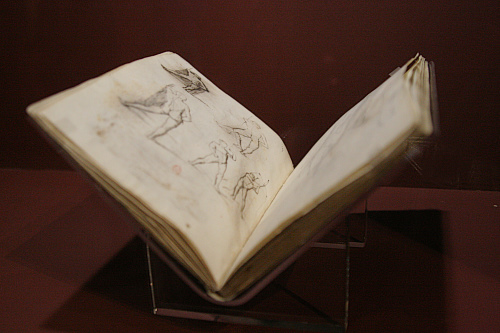 Right now there is an exhibition about Degas and the nude at the Musee d’Orsay in Paris. It shows Degas development from the  traditional nude  as a classical training to a modern depiction of everyday women in their private surroundings. As a young student he met the french painter Ingres whom Degas greatly admired and asked him for some advice. Ingres replied: »Draw lines, young man, draw lines; whether from nature or from memory. Then you will be a good artist.«  His fellow artist knew Degas to be a relentless worker and over the years he created an immense body of work. Isn’t it nice to know, that Degas mastery didn’t grow on trees but was the result of great effort?

I was very much impressed by Degas‹ monotypes. For Degas it was as much a favorite medium as pastel. In 1906 he remarked « that if he could live his life over again, he would do nothing but black and white. And that black and white alone are sufficient to make a masterpiece.« Well, the monotypes in this exhibition prove him right.

On some monotypes he added pastel on top of them which you can see below. Degas used pastels by the french manufacturer Roche obout which I wrote in an earlier blogpost. 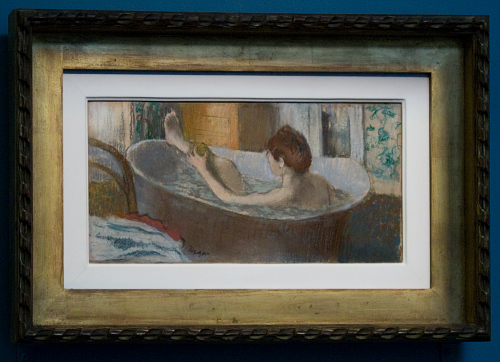 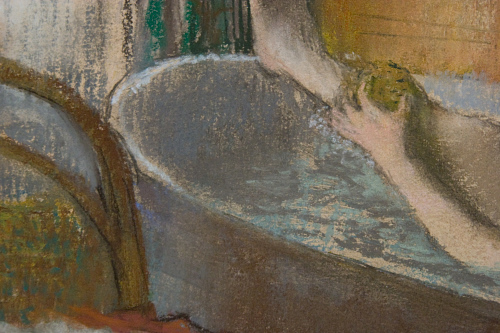 An excellent catalogue is published in high quality.